It was Erik’s choice this week and not surprisingly he chose 2005.

In the NRL Parramatta won the minor premiership, but Wests Tigers won the title and Benji Marshall became the most replayed player in NRL history.

In the AFL Sydney Swans beat West Coast in the first of two epic Grand Finals. But it took some Nick Davis magic two weeks earlier for the Swans to even make the big one.

England regained The Ashes and consigned Australia to 15 years of searching for the all-rounder to match Freddie Flintoff. Shane Warne took 40 wickets to keep Australia close.

And headlining the other sports. Tiger Woods chipped in on the 16th hole at Augusta to break the hearts of Chris Dimarco and Pies. Tiger eventually won The Masters on the first playoff hole and created the only image that gets replayed more often than Benji’s flick. That Nike Swoosh dangling above the hole.

Makybe Diva won her third straight Melbourne Cup and completed the Cox Plate – Melbourne Cup double capturing the hearts and minds of a nation along the way.

Episode 215 – Frankie Does It Again 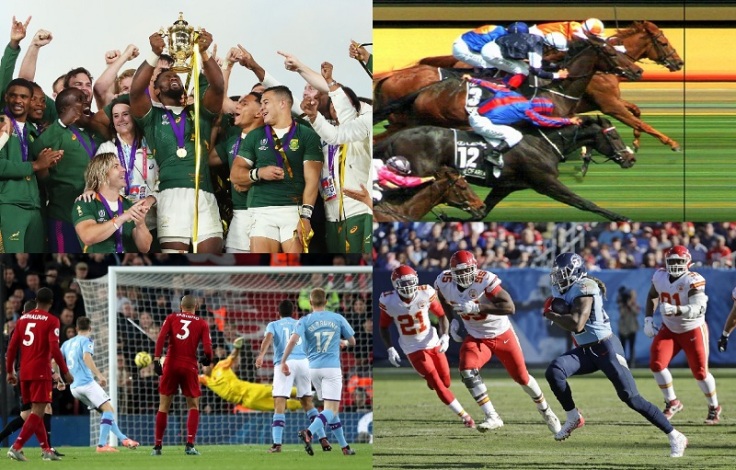 The Producer’s laptop update was only slightly slower than the Melbourne Cup but we got there. We’re a week late, but better late than never eh?

A week after the fact we recap the Rugby World Cup Final and the Melbourne Cup. And find out how Never Listen, as tipped on Episode 214, fared in the Oaks.

Take stock of how the NFL season is going. Including yet another team running it straight through the middle of the Chiefs Defence. And the Seahawks and 49ers played a classic on Monday Night Football.

Liverpool beat Manchester City 3-1 and are 8 points clear at the top after 12 games. Can anyone stop the Reds this year?

Controversy continues as the fall out from Bathurst rages on. Scott McLaughlin stripped of Pole, but what does that even mean weeks after he won the race?!

Australia contemplate a bunch of out of form batsmen for the test series vs Pakistan.

And November 1 came and went and very big names have signed on for 2021. Pies and BS debate the merits of Latrell Mitchell and whether they’d want him at the Eels.

No preview show this year. In the past Big Zacko has tipped us the Exacta. So pay attention.

Master of Reality 3rd back in June when competing against Stradivarius (Frankie Dettori ride) was enough for Frankie Dettori to ask for the ride on this horse. It will need a slow paced race but with a good barrier should be a chance. Surprise Baby’s win in the Bart Cummings was outstanding. A run like that again should see it near the top. Constantinople. Unlucky 4th in the Caulfield Cup should see this horse near the top with a clear run. Il Paradiso hasn’t raced much but from what I have seen has a bit of ticker and should stay the distance. Light weight can help to see it fighting in the finish.

The Stradivarius form looks the best overseas form this year. Southern France finished close up to that horse in May and has outstayed Master Of Reality at their last two meetings. Vow And Declare beat all bar the winner in the Caulfield Cup. Should get the journey, has won over 3000m in Brisbane. Mustajeer was very good at Caulfield and was a strong winner in the Ebor before coming to Australia. Il Paradiso blinkers first time, pushed Stradivarius over 2 miles two starts back.

Episode 171 – Only As Good As Your Last Race 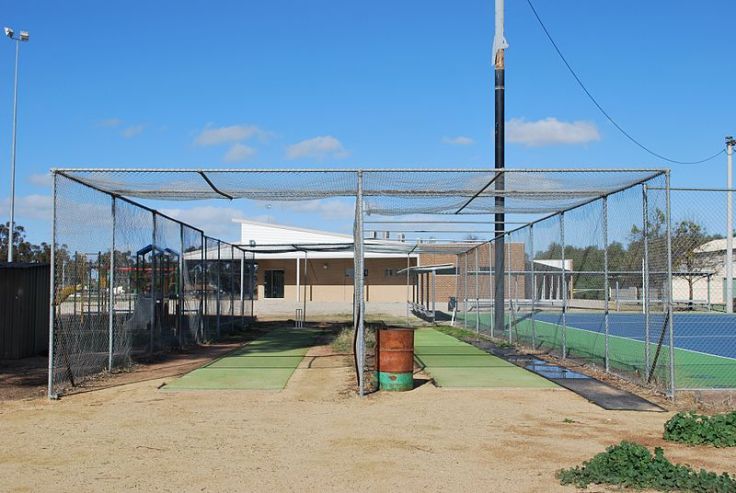 Melbourne Cup was a tough race. For a few of the imported and horses. And for most of our tips. Good thing we only bet what we can afford eh?

Cricket Australia is going through a major reshuffle. Pies and The Producer try and get to the bottom of all the upheaval. Where to from here for Australian cricket? And should kids bowl more?

Pies and Big Zacko watched a few games of NFL. And the cream is slowly rising to the top. Who is the under the radar team of the NFL right now? A team that may actually go deep into the playoffs.

The NRL is back into preseason. Looking forward to all the posts about teams training the house down.

And there’s a real rivalry going on in the Supercars. Scott McLaughlin vs Shane van Gisbergen.

Brought to you by MarkEagleston.com.au
Bats and Balls is part of the No Phony Podcast Network
Find us on Spotify, iTunes, Stitcher, TuneIn, iHeart Radio or click on the player below.

Episode 170 – Melbourne Cup Preview Show – Form On The Board

Hot on the heels of Big Zacko picking the eyes out of the 2017 Melbourne Cup we’re back to preview the great race for another year.

Zac tipped us the Exacta last season and he reckons he’s got the first 5 in order in the 2018 Melbourne Cup.

Pies and The Producer have got some thoughts on the race as well. So have a listen and then make your own mind up.

And as we always say, don’t bet what you can’t afford.

Brought to you by MarkEagleston.com.au
Bats and Balls is part of the No Phony Podcast Network
Find us on Spotify, iTunes, Stitcher, TuneIn, iHeart Radio or click on the player below.

Fresh off Big Zacko tipping the exacta in the Melbourne Cup, we recap the race that stops a nation. Plus the Rugby League World Cup has played its second week of games.
At the halfway point of the NFL season we have a look at the top teams, the surprise packets and the disappointments in the NFL half yearly report card.
And we finish off with a bit of EPL and A-League football.
0:00:00 – Melbourne Cup Review
0:11:00 – Rugby League World Cup
0:32:00 – NFL Mid Year Report Card
1:29:00 – Football

Brought to you by MarkEagleston.com.au
Find us on iTunes, Stitcher, TuneIn or click on the player below.

Big Zacko has pored over the form guides, Pies has watched a few replays and The Producer has looked at the jockeys silks. Here’s this year’s instalment of the Melbourne Cup Preview Show.
Brought to you by MarkEagleston.com.au
Find us on iTunes, Stitcher, TuneIn or click on the player below.

It was looking unlikely we’d get a show out this week. But

Swainy got on the phone and recapped a big weekend of Rugby including Ireland’s historic win over the All Blacks in Chicago. Plus Australia put the cleaners through Wales. And Swainy had a big Melbourne Spring Carnival.

Brendan is not impressed END_OF_DOCUMENT_TOKEN_TO_BE_REPLACED

So while Brendan works a second job to make up the money he lost on the Melbourne Cup, Josh and Zac recorded a show. We recap the win of Almandin in the Melbourne Cup. Discuss how all of our selections went. And muse over the futures ofsome of the runners.