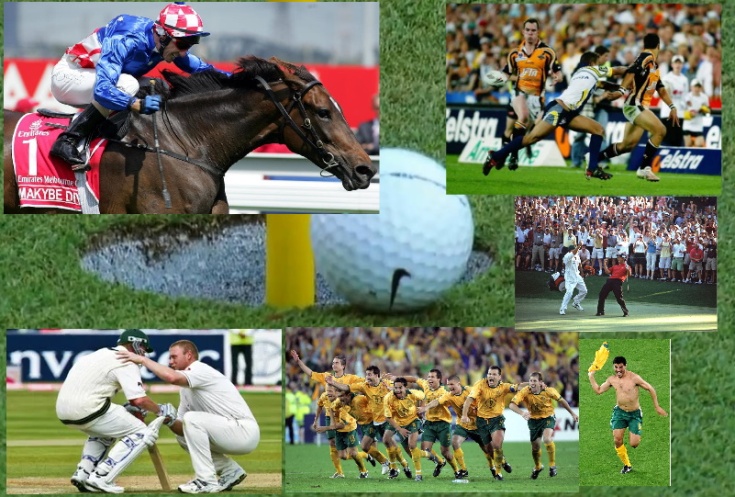 It was Erik’s choice this week and not surprisingly he chose 2005.

In the NRL Parramatta won the minor premiership, but Wests Tigers won the title and Benji Marshall became the most replayed player in NRL history.

In the AFL Sydney Swans beat West Coast in the first of two epic Grand Finals. But it took some Nick Davis magic two weeks earlier for the Swans to even make the big one.

England regained The Ashes and consigned Australia to 15 years of searching for the all-rounder to match Freddie Flintoff. Shane Warne took 40 wickets to keep Australia close.

And headlining the other sports. Tiger Woods chipped in on the 16th hole at Augusta to break the hearts of Chris Dimarco and Pies. Tiger eventually won The Masters on the first playoff hole and created the only image that gets replayed more often than Benji’s flick. That Nike Swoosh dangling above the hole.

Makybe Diva won her third straight Melbourne Cup and completed the Cox Plate – Melbourne Cup double capturing the hearts and minds of a nation along the way.