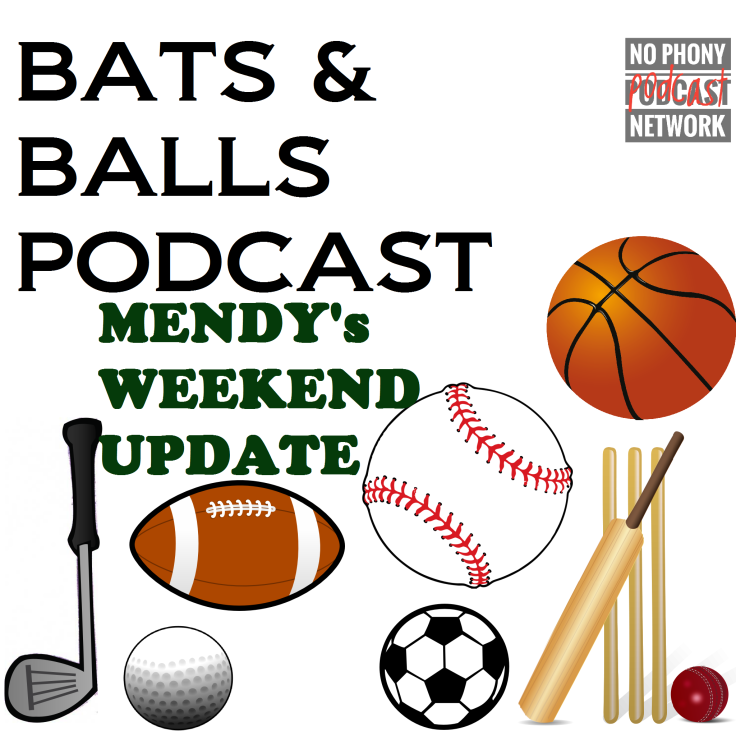 If you’re not following Mendy on Twitter @BigMendy180 here’s what you’re missing out on #MendysWeekendUpdate
—–
Well thats another sleepless coffee beer and pain killer fuelled weekend of sport over with a sigh of disapointment for some fans. NRL AFL F1 Darts UFC Cricket Cycling WRC and I lose Drone racing virginity. its all covered
@batsandballspod
—–
The Dragons pipped the Broncos in rnd3 opener. The Broncs didnt complete sets well in a back and forth game sealed by a field goal to Norman. Gareth Widdop suffered a big shoulder injury to add to their list of woes
—–
Raiders beat the Knights 17-10 and Parra suffered their fisrt loss to the Roosters 32-18 which was neck and neck until the 62nd minute. the scoreline doesnt reflect how good of effort Parra put in. Again Fergo killing it for the Eels
—–
Manly picked up their first win roasting the Warriors 46-12 with DCE and Turbo Tommy running riot. Sharkies did the same to the Cowboys as did the Storm over the Penny Panthers who took their game to Bathurst in a dismal display. The only thing worse than Penrith was the weather
—–
Tigers suffered their first loss to Canterbury. The Bulldogs controlled every minute of that game with only 4 errors and 89% completion rate.
Bunnies beat Titans 28-20 in a hard game that saw GC hang around on the scoreboard like that annoying cousin at a wedding
—–
AFL- Big margins were all the rage in rnd2 with West Coast bouncing back over GWS, Collingwood cleaning up against Richmond and Geelong pumping the Dees by 80. AFLW Adelaide Crows destroyed Carlton 63-18 in the GF in a game that saw an unexpected huge crowd turn out
—–
Daniel Ricciardo again suffered in Bahrain GP with his car Renault failing again with then fears of being electrocuted when getting out. I know Renault have a black and yellow theme going but thats also the colour of rotting lemons. Hamilton claimed victory
—–
Darts- Euro tour 2 was taken out by Daryl Gurney 8-6 over Ricky Evans. Superchin rocketed to a 5-1 lead early only to see Evans claw some legs back in a tight finishing game
—–
UFC- saw a couple of big KOs but stand out for me was Michelle Watersons strawweight fight. Her leg speed and kicking technique was outrageously good which she won on decision in a dominant performance
—–
Aussies wound up the series 5-0 against the Pakis in Dubai with Glen Maxwell putting on a masterclass belting 70 of 33 balls. Finch, Khawaja and S Marsh also had big scores though the Pakis bowling attack is a little lacking
—–
Cycling from Belgium was taken out by Norwegian Alexander Kristoff with the 4 Aussies in the race failing to finish the 251km race
—–
WRC- Hit the tarmac hills in France which was overall taken out by German Thierry Neuville in his Hyundai i20 by 40seconds. He also leads the championship by 2 points over Citroens Sebastien Ogier.
—–
Drone Racing hit the snow fields in Laax, Switzerland. Its a bit like redbull air race twisting through tight course gates at 130kmph controlled via remote person wearing a VR headset with Veloce Racing from Korea taking maximum points. Its different Ill put it that way
—–